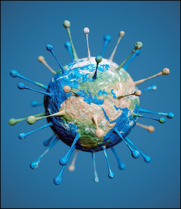 As much of western Europe begins to ease countrywide lockdowns, globally the pandemic may still be in its infancy, with more than 160 000 new cases reported each day since June 25. Individual countries count cases differently, so direct comparisons are difficult, but the numbers illustrate a worrying pattern. At a subnational level the picture is nuanced, with local hotspots, but at a country level the picture is clear—the world is facing a worsening multipolar pandemic.

The USA, Brazil, and India each logged more than 100 000 new cases from June 26 to July 3. But the pandemic also rages in Russia, forming a belt of infection that tracks through central Asia and into the Middle East and the Indian subcontinent. Increasing COVID-19 cases in South Africa mean that the pandemic has a strong foothold in sub-Saharan Africa, which is particularly alarming as parts of Africa consider resuming internal air travel later this month. Despite President Trump's July 4 claims that “99% of cases are harmless” and of a “strategy that is moving along well”, the USA has the most new cases worldwide—53 213 on July 4, and a total of 128 481 deaths, almost a quarter of the total deaths globally. These beacons of infection show the fragility of any progress.

During the first days of July, 2020, Kazakhstan recorded the second highest number of new cases within Europe after Russia. Reporting in the largely authoritarian central Asian states has been unreliable.
Turkmenistan has yet to report a single case of COVID-19 and Tajikistan has yet to provide breakdowns to WHO. Regardless, the health and economic outlook for the region is bleak. These countries have some of the highest ratios of out-of-pocket health-care spending to total health expenditure in the world, with women in particular having very poor access to health care, further obscuring the true numbers of COVID-19 cases. At the beginning of the pandemic, 2·7 million to 4·2 million central Asian labour migrant workers were estimated to be residing in Russia. Many remain stranded in areas with a high infection risk, meaning reintroduction of the virus might become a problem after the initial wave.
At the end of June, the Eastern Mediterranean region reached 1 million cases of COVID-19. Iran, Pakistan, and Saudi Arabia continue to report the highest number of infections. Most countries grapple with the challenging balance of suppressing the virus while trying to prevent the estimated 66% of the population who are either classified as poor or vulnerable to poverty being pushed into further destitution. The Gulf states are outliers. Saudi Arabia has implemented an essentially unlimited budget, expanding intensive care unit bed capacity and opening hundreds of so-called fever clinics to allow free access for patients with symptoms, and health-care workers are being retrained virtually. Meanwhile, neighbouring Iraq is struggling with oxygen shortages and Yemen faces the human catastrophe of COVID-19 in an unstable conflict zone.
In India, after relaxation of a 3-month lockdown, cases are surging. Maharashtra, Delhi, and Gujarat are among the worst hit states, with the army needed to help overwhelmed health-care centres. But some of the larger Indian states have yet to witness a substantial rise in COVID-19 cases, so the country is braced for further rapid transmission of the virus. Unfortunately, although the lockdown bought time, it was not used effectively to increase capacity in the health-care system in India. There has not been a systematic restructuring of medical provision or redeployment of health-care staff. With less than eight doctors per 10 000 population, using these resources efficiently will be crucial in the coming months.
In Central and South America, Brazil steals the headlines for the highest number of COVID-19 cases, but Mexico, Columbia, Peru, Chile, and Argentina also have cases in the thousands, forming a clear pattern of transmission across Latin America.
A letter published in The Lancet describes the Pan American Health Organization as on the brink of closure because of member states' non-payment. Never has a coordinating regional health body been more important.
Two seroprevalence studies from Spain and Geneva published in The Lancet reveal an estimated seroprevalence of 5% nationally (10% in urban areas) and 10·8%, respectively. Even if antibodies confer immunity, most of the global population remains susceptible to SARS-CoV-2. 5 months after WHO declared the SARS-CoV-2 outbreak a global health emergency, the virus continues to beat a concerning and complex path. For much of the globe, the worst may be yet to come.
Postado por Augusto PS às 19:21 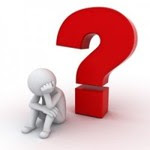 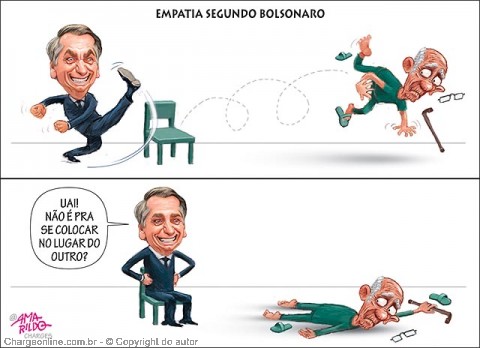 Augusto PS
A mere & outmost free observer of mankind,in good will. Believing that,morality is what you know you should do.Ethics is what you do when no one is watching you. 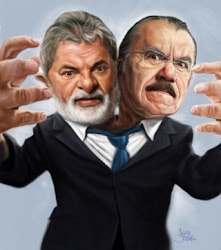 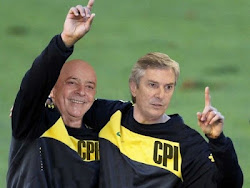